Pinellas County Uses Every Tactic Available to Push Back Hepatitis A 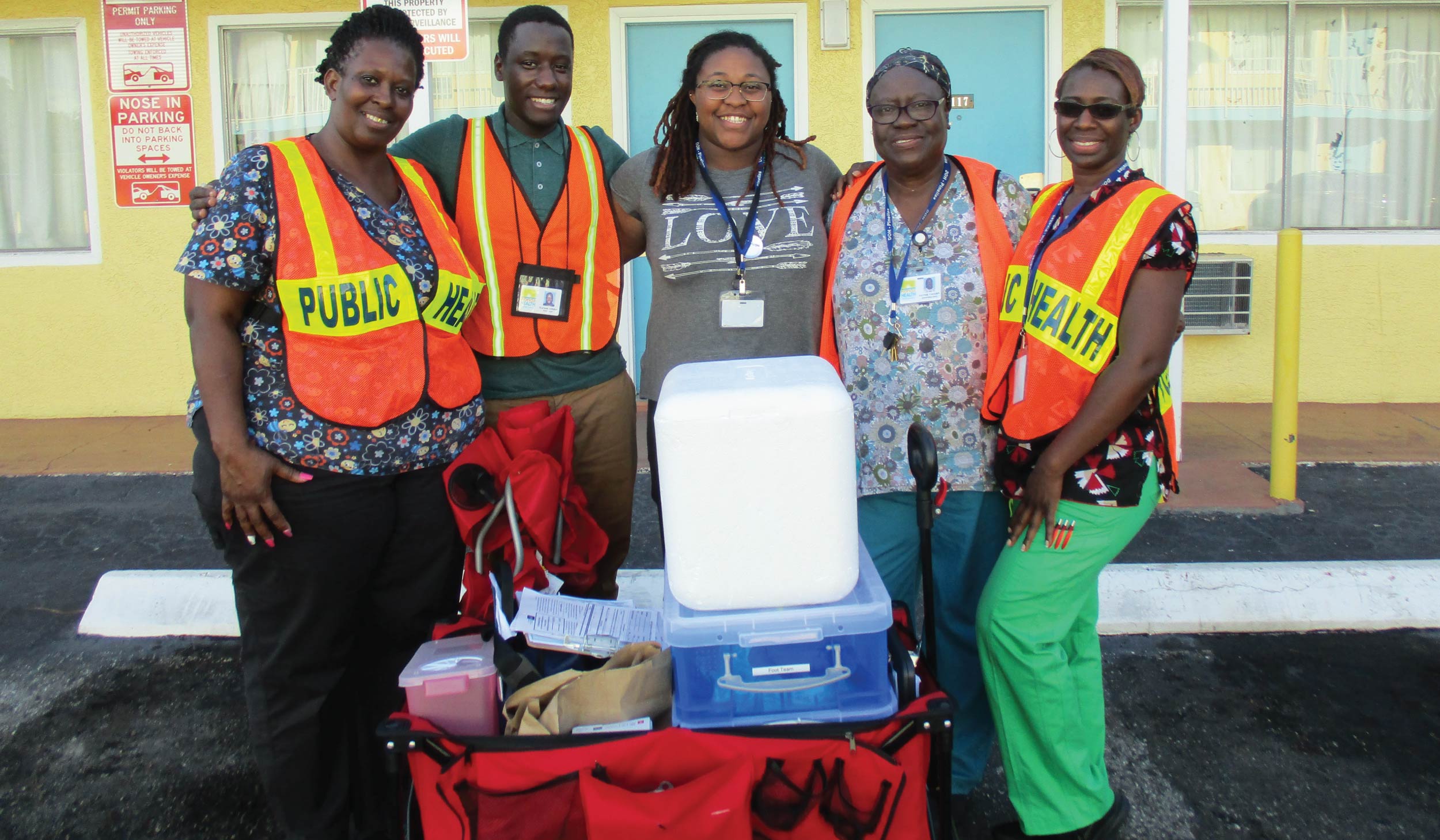 Above, members of the Pinellas red wagon team from left to right: Bridget Livingston, Kareem Altidor, Jalysa Erskine, Fannie Vaughn, RN and Vonet Lassister, RN.
Epidemiologists study disease trends so they are always the first to know when diseases spike. At the Florida Department of Health in Pinellas County (DOH-Pinellas), the staff noticed a worrisome increase in hepatitis A cases in early 2018. Where there had been zero cases a year before, there were seven cases reported by the end of May. By September, the monthly count was up to 14.

By the end of October, the annual count for Pinellas in 2018 had risen to 60 cases, or a third of those reported in all of Florida. Similar numbers had been reported in other states so Pinellas was not alone in seeing drastic increases. The director of DOH-Pinellas, Dr. Ulyee Choe, mobilized an Incident Management Team (IMT) to stem the hepatitis A tide. As an infectious disease specialist, he knew that education and vaccination would be the two main strategies the IMT would use in this effort. DOH-Pinellas notified health care providers as early as June 2018 and community partners shortly thereafter.

Cases continued to rise to unprecedented levels in Pinellas as the county led the state in cases or was in the top three counties week after week. With additional state funding, DOH-Pinellas crafted an effective awareness campaign that included: a 30-second public service announcement that aired on news and cable stations, two transit buses wrapped with hepatitis A messaging, a media opportunity day for reporters to get interviews and B-roll, and messaging on Twitter. Partners such as Pinellas County Government and large cities in the county helped to share the various prevention and vaccination messaging.

Large-scale vaccination events at the Pinellas County Jail reached those incarcerated before their releases, and thousands of no-cost vaccinations were provided to the community at local clinics.

In June 2019, DOH-Pinellas began employing what would prove to be its most newsworthy tactic. After the large outreach effort targeting adults experiencing homelessness or using drugs, the first of the “foot teams” pulling red wagons loaded with hepatitis A vaccine went out to cover the streets in an underserved area of Pinellas. Team members stopped to talk and convince people on corners and alleys about the importance of getting their first dose of hepatitis A vaccine. As the numbers of those vaccinated by the foot teams rose to more than 800, there was a corresponding drop in the number of cases reported in Pinellas. Media outlets began covering these outreach efforts and, eventually, the Wall Street Journal featured the DOH-Pinellas foot teams in a report on hepatitis A in Florida.

Toward the end of November 2019, more than a year after epidemiologists noticed the spike, cases began to dwindle to a few or even zero on some weeks. Combating the rise in hepatitis A took education, vaccination and a willingness to use every tactic available. Among DOH-Pinellas’ lessons learned was not to be afraid of trying something new to protect the public. 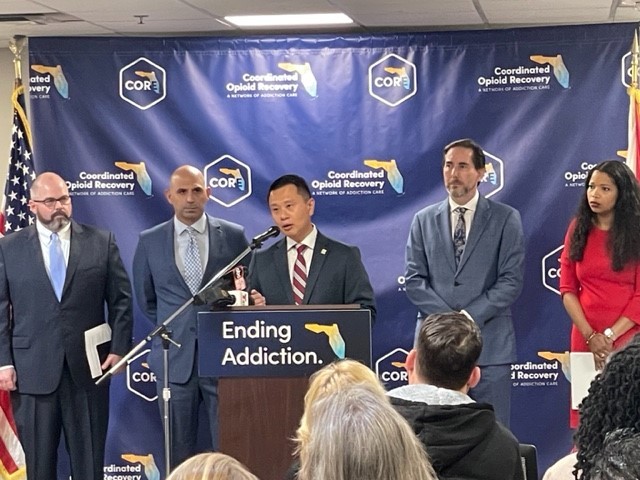 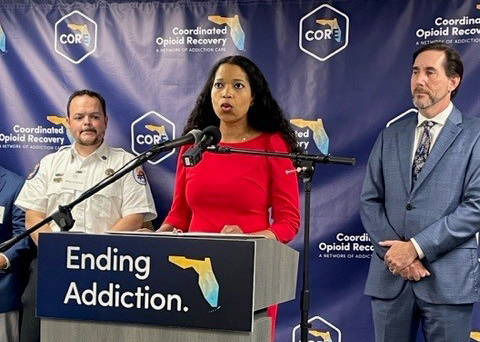